A program aimed at helping adolescents get out of abusive relationships is now in demand in Orange County’s middle schools.

Laura’s House, a domestic violence agency in Ladera Ranch, launched HEART (Healthy Emotions & Attitudes in Relationships Today) in 2007. The idea was to bring a Dating 101 presentation to high school and college students to teach them what a healthy relationship looks like: safe, respectful.

That first year they spoke to a couple dozen youths. Last year, the number of Orange County youths participating in the program surpassed 13,000. Demand is so high there is a waiting list. And the age of the participants is dropping.

“We’re getting a lot of requests from middle-school teachers,” Laura’s House prevention and education manager Jennifer Ponce says. “The bulk of our middle schools have come from the Anaheim School District, but also there are some down here in south county: San Juan Capistrano, San Clemente, Ladera Ranch.”

Two professors administered a questionnaire to 270 people, age 18 to 21, who had attended high school in Orange County. Two out of three polled said they had experienced some form of dating violence. The average age they first experienced such violence was 15, but some reported being as young as 11 when violence first occurred.

“We have a lot of teen survivors,” Ponce says.

This is higher than the national rate — that could be because it is happening here more, or because youths here feel freer to talk about it. But national studies show one out of every three adolescents report some form of dating violence.

The violence, by the way, runs the gamut: from stalking to punching to blackmail — kids taking intimate photos of their boyfriend or girlfriend and then threatening to send them out into the social media universe if they don’t cooperate.

“Cyber and digital abuse is huge right now,” Ponce says. Tracking apps on cellphones are being weaponized. “It’s the modern form of stalking,” she says.

Some of these spy apps disappear after they are downloaded onto a phone so victims don’t know they are being tracked.

“A quick-draining battery is a big indicator,” Ponce tells students.

In the Chapman study, 35 percent of those who reported dating violence said they were pushed, shoved or slapped. A quarter of them reported sexual abuse.

Another frightening statistic: About half of the youths stuck around for six months or longer after the abuse began. 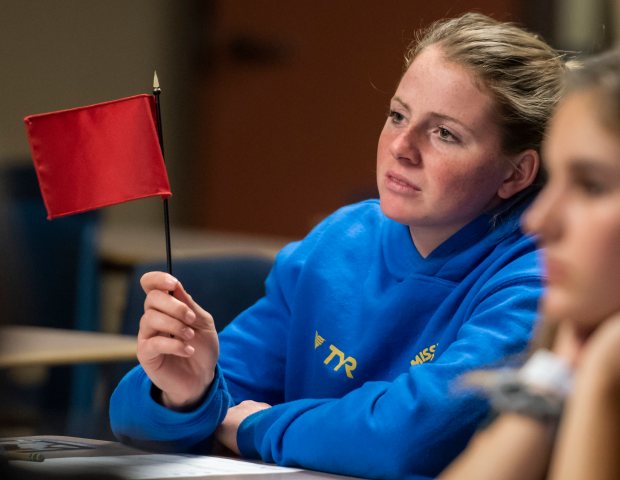 The youths in the study attended 45 different high schools across Orange County, in both low- and high-income neighborhoods.

“The fact is, this is happening here but no one is talking about it,” Ponce says. “Kids don’t recognize it as wrong because they’re growing up seeing it happen. A lot of domestic violence is learned behavior. The cycle just keeps repeating. The hope is that by the time (kids who go through the Dating 101 presentation) are adults they’re going to be able to have healthy relationships. That’s the end goal.”

Ponce says the #metoo movement has opened the door for more dialogue about what consent looks like, what a healthy relationship looks like. But there are still misconceptions…

For more information, go to laurashouse.org.